You are here: Home / About the Rolfer

I have been a manual therapist since 1996 and have a great commitment and enthusiasm for manual therapy in general and the Rolfing process in particular.pp

Having originally trained as a massage therapist and practised as a masseur for a number of years I felt I was approaching the limits of massage as a modality and began studying myo-fascial release the main technique used in Rolfing.

This quickly led to my undertaking the full Rolfing training in 2003.

What initially attracted me to Rolfing was that it is radical in the true sense of the word – in recognising the relevance of structure to health and well being it goes to the root of the problem.

I now work as a Rolfer from a number of locations in Sydney and Orange NSW. 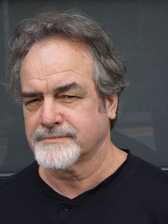 Being able to move around freely with improved posture and a greater feeling of well being are some of the benefits that Rolfing can provide. Read some of the testimonials below and press the play … END_OF_DOCUMENT_TOKEN_TO_BE_REPLACED